It’s a BIG step sharing your passion with the online world.

There’s a great deal to consider, whether you’re:

or creating landing pages or sales pages and funnels that convert.

You are sending your message out there.
Scary and exciting!

You’ll be making multiple decisions and
with security and data privacy issues,
there’s more to setting up your
digital real estate and
strategies than before.

There’s never been a more exciting time
to inspire and persuade,
and make profit online.

My role is to guide you step-by-step through the online processes and
proven marketing strategies so your dream or passion
evolves into your successful digital online business or side project.

It’s a multi-faceted, on-going creative process,
chipping away and polishing your diamond
so you shine brightly.

The Short Version of My Story

After graduating, back then young women had to learn to type.
A degree wasn't enough.
So I ate humble pie and went home to master the skill.

With only enough funds to keep me going for two months
(currency restrictions)
and my second-hand car,
I left home for the big city and another country.

I was ambitious and asked for more responsibility in
Corporate Film, Personnel, Photography, PR for
a leading women's magazine.
But I was earning just enough to get by.

After taking a script writing course, a door opened for me
in Broadcast Television. I found my niche.

I loved researching and writing hundreds of scripts,
and worked long hours, nights and weekends,
as we all did on the Television Industry.
I jumped at the opportunity to direct single camera shoots,
oversee the editing and final mix, and became a co-producer.

My real strength was overseeing the research, scripting
and coordinating the sponsorships.

Our most well-known show was a 26-minute, family fun quiz series
that was on prime time TV for ten years and was hugely popular.

At the turn of the century, we moved to the coast.
A new lifestyle.

Instead of creating in studios with equipment worth millions,
I created digitally on my desktop.

Studying virtually with the innovators and online gurus,
mainly on the US West Coast,
I took online courses and joined mastermind groups
often late into the night with the time difference.

And loved every minute.

Connecting with people all over the world online,
I became known as 'Tina from Africa',
representing the entire continent,
which always made me smile.

I really understand online marketing and conversion for service professionals. It's my passion.

I’ve been privileged to do work for three World Champions
of Public Speaking and
Amazon best-selling authors and coaches.

Most of my clients are located in the States,
others in Japan, England, Singapore, Canada, Australia,
and South Africa.

For 2021 my focus is
Strategy, Subscribers, SEO, Speed and Security.

Our long-running Television quiz series generated so much mail the Post Office gave us our own postcode.

When I was a University student, I had three jobs simultaneously: waitress at a Greek restaurant some nights, selling tickets at a movie (bug) house the other nights and working at the horse races on Saturday afternoons.

Love living by the warm ocean. When taking a quick work break, I watch the waves breaking and often spot the dolphins swimming by. We see the whales in the Winter months playing with their calves. Always awesome moments.

One of my playlists is called Dishwasher Dance, so when I’m busy in the kitchen, we turn up the volume. It’s a kitchen party.

Even though I'm not too good at heights, I'll jump at any opportunity to go on a microlight flight.

In the sunniest spot, where the wind isn’t too strong, I grow strawberries which have multiplied into a big patch from a single plant.

Most days I walk up this hill from the beach under the canopy of the fig tree, giving welcome shade in Summer. Just before the trees,  in the early evening, the jet black Starlings dive low above the road catching their last feed before night fall.

My immediate family is spread over three continents, and many friends. Thank goodness for Skype.

I’ve been fortunate to have met a prime minister and two presidents of countries, many chart-topping musicians, TV personalities and movie stars, multi-millionaires and many aspirant writers with our shared passion. Sporting superstars were popular celebrity guests on our shows, and still enjoy chats discussing the issues of the day with our lifeguards. 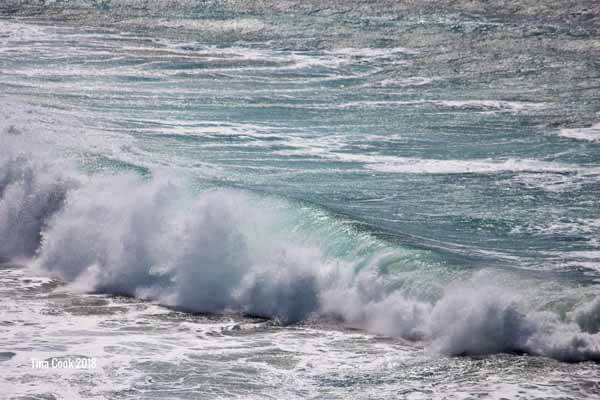 Accelerate the Mastery and Success of Your Online Business